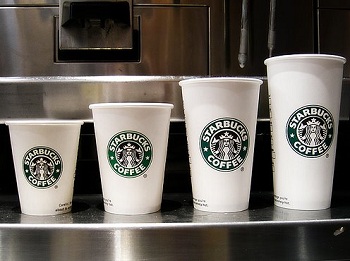 I don’t know about you, but I often ask for room in my Starbucks cups – or ask for my drink to be put in a larger size cup – so that I don’t spill it all over myself while I’m walking or driving. The times when I’ve looked at my cup and though “this is not filled as much as I would expect,” I could count on one hand. But there are at least a couple of people out there who seem to believe that Starbucks is systematically trying to cheat its customers out of an ounce of two of each latte by underfilling their cups.

As someone who has worked in the coffee business and has spent a lot of time in coffee shops using the best latte machines, I could probably identify the customers who would support this lawsuit. They are the customers who order “no foam” lattes and yell at baristas when, eventually, a bit of foam emerges from their steamed milk after they’ve had the drink for a few minutes. They are customers who order a grande-in-a-venti, not to prevent spills, but then insist that the barista should just top it off. There are more.

At the end of the day, this strikes me as a silly lawsuit. Most businesses give the volume of their beverage cups by the maximum capacity of the cup – but most cups can’t be filled to the top every single time and still have the lid fit nicely. Plus, you can simply ask your barista to top off your drink with additional steamed milk if you feel that it isn’t as full as you’d like – and they have absolutely no problem doing that for you. But some people are hard to please and it will be interesting to see if they can prove that the system (Starbucks, in this case) is out to prevent them from drinking a full 12-oz of latte in the morning.