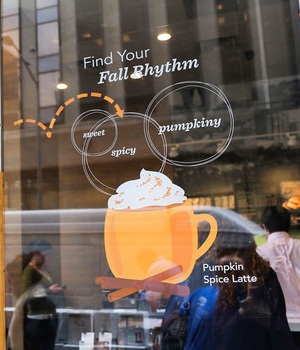 Starbucks will be adding real pumpkin to a reformulated version of their seasonal pumpkin spice syrup to appease critics who felt they were being cheated out of a true pumpkin experience by having a spiced syrup instead of a pumpkin-and-spice syrup.

It was a silly issue to begin with. Anyone who has ever baked a pumpkin pie will tell you that “pumpkin spice” is indeed a flavor. It is a blend of cinnamon, nutmeg, cloves and ginger that is commonly used to compliment the flavor of pumpkin in baked goods. As a baker, I assume that most pumpkin treats will feature some or all of these flavors and that is all I expect to get in a pumpkin spice latte: the pumpkin spice blend. I never expected to get real pumpkin – nor did I want to. To be honest, I have had straight “pumpkin lattes” and found them to be terribly unpleasant. There is a reason that pumpkin works so well with all those spices. Pumpkin lattes tend to be bland and can be, at their worst, a bit vegetal. Sweet potato translates much better, as it has a lot more natural sweetness.

I’m sure that the reformulated pumpkin spice syrup that Starbucks will be using will still have plenty of spice to it, but this whole “issue” has been a lot of fuss over something incredibly small. To those who focus more on the “real pumpkin” than the “pumpkin spice,” I simply recommend that they have a slice of pie with the latte of their choice and leave it at that.