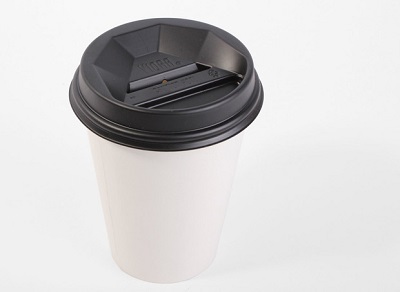 The lids that top disposable coffee cups are very familiar to all of us. The design that Starbucks uses, or something very similar, is the most common design out there. It works fairly well, but if you have ever carried your coffee over some distance while walking, you know that it is easy for coffee top slosh out of the top of drinking hole in the lid. This was generally accepted as one of the hazards of drinking coffee on the go. But it is a hazard that could be avoided by using a better lid. A Seattle-based company called Vaporpath redesigned the disposable plastic lid with the intent to address the shortcomings of the current lid. The replacement is called the Viora, and it has a large indentation on top where the current lid rises up. The drinking opening is located within the indentation, which should not only minimize the amount of coffee that could accidentally splash out of the cup, but provide a means to catch it (besides your shirt or pants) as well.

The Viora lid is also completely recyclable and odorless, which makes it better for the environment and better for serious coffee drinkers everywhere.  Hopefully we’ll start to see some lids with this design rolling out to coffee shops in the near future.