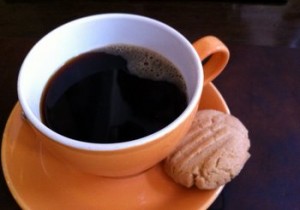 Starbuck is usually perceived as the biggest threat to the “local coffee shop,” though there is plenty of competition out there that aims to capture your business for that first, morning cup of coffee. One company bas designed an app called CUPS that is designed to encourage local coffee shops to work together and offer consumers unlimited coffee for choosing them over one of the “big guys.” CUPS works by selling $45 monthly subscriptions that give consumers free, unlimited regular coffee (drip, pour-over or otherwise filtered) at one of their participating stores. It sounds like a good deal for consumers, since the only restriction is that you wait 30 minutes between cups, but it’s a little less clear as to whether it is a good deal for coffee shop operators.

Coffee beans are relatively expensive, but it doesn’t take that much coffee to brew up a big batch (and stores always save their more expensive beans for brews they can sell for more) and coffee is generally considered to be a fairly high margin item, though one cup is relatively inexpensive to produce. Once you hold that unlimited carrot in front of consumers, however, there will be some who don’t use it up and some who completely abuse it. It’s possible that the coffee shop owners could give away a lot of extra coffee so people feel that they’re getting their money’s worth from the app. On top of that, the app might appeal the most to clients who are already regular customers, paying full price for their daily coffee and could switch to the discounted price instead.

On the other hand, it is nice to be able to offer consumers a handy app or card to use when an independent shop might not want to invest in that type of thing on their own. And bringing people in the door could result in the upselling of other products along with that free/cheap coffee.

The program is only being launched in New York City at the moment, but since CUPS intends to spread, it is worth asking if it is worth it for coffee shops to join up. I tend to think that it is only worth if if they are also trying to offer the customer a good, memorable experience that he or she will come back for – not just a cheaper cup of coffee that they can find elsewhere – but independent marketing and in-store promotions might end up drawing in business that is more loyal to one shop in the first place, rather than business that is loyal to an app.