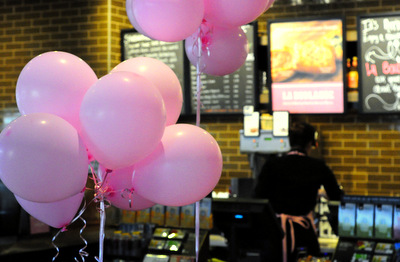 The new La Boulange pastries are starting to roll out at Starbucks stores, first on the West Coast and then heading to the midwest and east coast. Los Angeles, where I’m based, is just starting to see the line pop up at stores and I was lucky enough to stumble into one on the first day of their launch. The pink balloons were to celebrate, since pink is the color of the La Boulange lines, and they were a dead giveaway that something fun was happening in this Starbucks.

As promised, just about every item in the pastry case (with the exception of the cake pops) was replaced with the new and improved La Boulange pastries. They are all served warm, warmed in a special oven that heats them up in just about 7 seconds. The barista told me that it was to “wake up the butter” in the pastries. 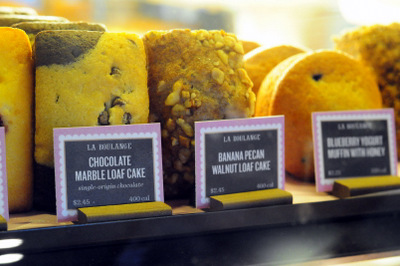 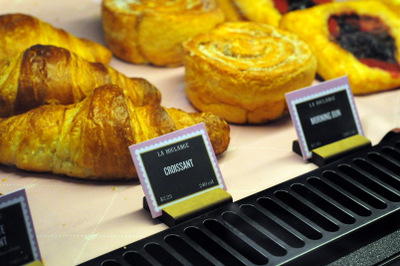 I don’t generally like my pastries to be reheated before serving, but they did have a wonderful aroma to them because they were served warm! I tried the classic croissant and the mini pumpkin loaf – and would have tasted more, but decided it would be better not to completely stuff myself at the time.

The croissant was a classic French croissant that didn’t have the traditional curved look that you usually see on a croissant, but it came in its own special pastry bag (yes, the croissants had a bag that was different than the other pastry bags) that explained that only all butter croissants can be formed straight in France (it is an actual culinary law). Warming the croissant definitely “woke up” the butter here, as it was rich and flaky. It was smaller than the previous croissants, but I thought it had a lot more flavor. 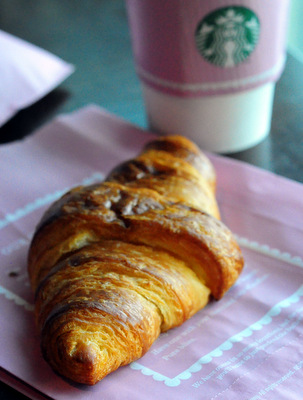 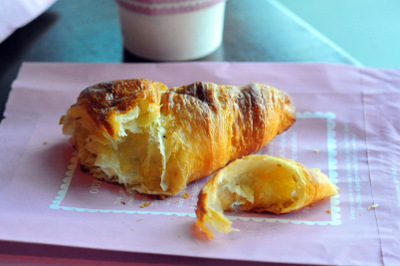 The pumpkin loaf should appeal to anyone who likes the current pumpkin loaf at Starbucks. Instead of one slice of a whole loaf, you get a whole mini loaf that is about the size of a large muffin. There is a small cream cheese swirl running across the top. The loaf smells terrific, especially after it is warmed up, and really started to make me long for the fall Pumpkin Spice Latte. It is moist and tender, with more spices than there are in the regular loaf, and it is addictive. 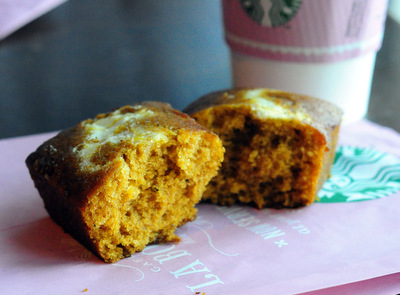 I’ve seen on Twitter that some people aren’t fans of the pink colors for the La Boulange pastries, but so far they’re a nice change and pretty tasty and I suspect that I’ll be pairing them with my coffee a little more often. 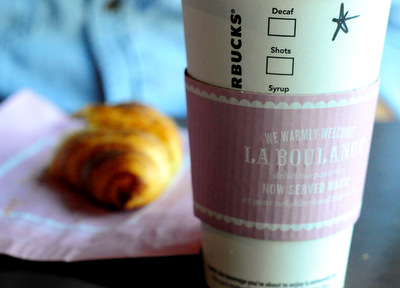