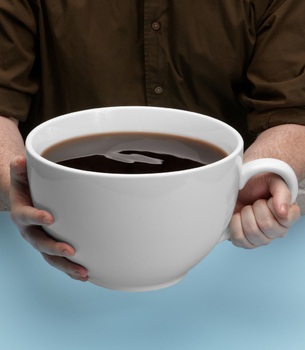 Studies have already shown that coffee and caffeine can make you happier and more optimistic about life. Recently, a new study shows just how much of a positive impact it can have. A Harvard study showed that coffee consumption could lower the risk of suicide in patients studied by 50%. There were 200,000 people sampled over a period of 16 years, and the risk was found to be lower for adults who consumed 2-4 cups of regular coffee per day when compared to non-coffee drinkers, those who drank very little coffee and those drank coffee but opted for decaf.

Other caffeinated drinks could also have a positive impact on outlook, but the majority of the caffeine that most of us consume comes from coffee, which simply contains much more caffeine per serving than other caffeinated beverages.