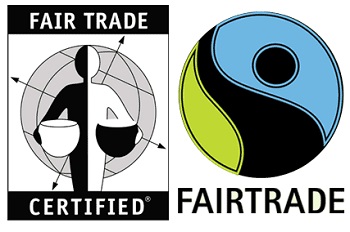 Fair trade is a term that is often tossed around in coffee shops, but it is often not often well explained. Fair trade coffee is coffee that has been certified to be produced and marketed to a certain set of standards that ensures things like fair prices and improved living conditions for the farmers behind coffee production.

Fair trade is an accepted term in the industry, but there is not one set of standards that is universally recognized as fair trade because there are several different groups that oversee fair trade production and certify it. The biggest fair trade certification is run by Fairtrade International and coffee producers pay the organization a fee for the right to use their logo, in addition to ensuring that their standards of production and sale are met. For Fairtrade International, this includes assurances that the coffee is produced by a democratically run cooperative, without child labor, there are restrictions on the use of pesticides, and that certain price standards are met. Producers of fair trade coffees can sell their coffee as Fairtrade certified or not, depending on market demand.

There have been many criticisms of the fair trade certification schemes, mostly citing a lack of evidence that poor farmers are really reaping benefits from being part of the system, though it is generally viewed in a positive light. A lack of overall transparency in the certification schemes, few clear standards of production and inconsistent pricing guidelines are often issues of contention. On top of that, consumers are not well enough educated about what fair trade coffee is, so they don’t know where the money may (or may not) be going and whether it is worth the premium that they pay at a pricey coffee shop.