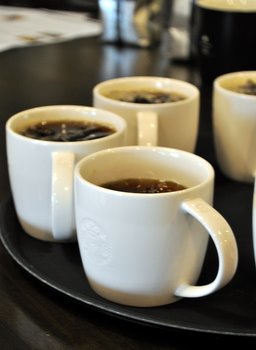 I always love to hear good news about research that reveals new potential health benefits of coffee (or tea, of course), because I don’t want to cut back on my coffee consumption. It also never hurts to feel like you’re doing something good for yourself by pouring another cup during the day. A recent study focused on older adults found that regular coffee drinkers who drank four or more cups a day were at a much lower risk of depression than non-coffee drinkers. This was particularly true of the non-drinkers who consumed a lot of artificially sweetened beverages, since that was linked to the highest risk of depression in this particular study. There are many other factors that could start to explain these findings, but the preliminary results of the study – which was large and, unusually, focused primarily on older people in the IS – are very interesting. The results were released by the American Academy of Neurology and the study was led by Dr. Honglei Chen, an investigator at the U.S. National Institute of Environmental Health Sciences.

Coffee and caffeine have already been linked to a happier and more optimistic outlook on life in other studies, so lowering the risk of depression may not be too much of a stretch.