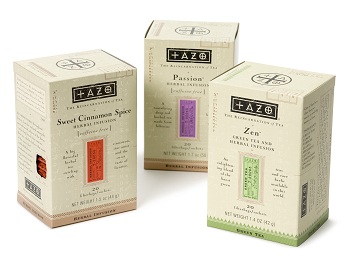 Tazo teas have long been a staple in Starbucks stores and tea lovers all have their favorites, although teas don’t get as much of the spotlight as coffees due. Perhaps due to a growing interest from consumers in different teas, Starbucks has announced that it will spinoff a Tazo tea cafe later this year. Starbucks has owned Tazo since 1999, and this would be a huge push in bringing the brand more to the spotlight. The cafe will offer tea, tea lattes and iced teas, as well as a large selection of loose-leaf tea that can be bought in bulk or blended by customers to create custom tea mixes. The overall concept sounds similar to Teavana stores, but with more drinks offered in-store. I wouldn’t be surprised to see a fairly large retail space with tea pots and accessories, as well as more seating than a place like Teavana currently offers.
I also wouldn’t mind seeing some more tea options pop up in regular Starbucks stores again, and if the tea stores are a hit that means we might see London Fog Tea Lattes and similar drinks back on menus in the future.