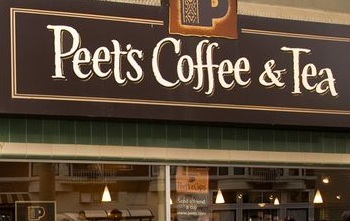 Like most businesses, coffee shops are always looking to expand their market. For smaller shops, this often means bringing in specialty desserts or coffee beans. For larger chains, this means looking for new markets. Peet’s Coffee & Tea has long been a West Coast favorite – particularly for those in and around the San Francisco Bay Area – and they are setting their sights on the East coast markets where they’ll compete with favorites like Dunkin’ Donuts for consumers’ morning cup o’ joe.

The biggest obstacle that Peet’s has to face, according to the Wall Street Journal, is not the popularity of Dunkin’s Donuts, but the popularity of a medium roast coffee with East coast consumers. Roughly 30% of nationwide consumers prefer medium roast coffees, while about 40% of East coast consumers due. Peet’s is known for their dark roasts and has even introduced two brand new medium roasts especially to appeal to that East coast market. The new roasts are blends called Café Solano and Café Domingo and they’ll hit grocery stores before they hit the coffee shops soon.

Clearly, not all Dunkin’ fans are going to switch to Peet’s, even as more Peet’s stores open, but it will be interesting to hear if those medium roasts do manage to pull in a few new fans as Peet’s moves east. Only time – and whether the company continues to launch medium roasts – will tell.