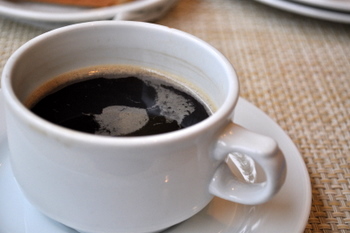 After an unintentional hiatus from Brewed Daily, I want to get back in the swing of things. I’ll do it gradually and I’m sure I’ll be up to speed in no time. It’s like having that first cup of coffee in the morning after a long night. Sometimes it takes a while to kick in, and other times you just have to wait until the second cup.

This particular cup of coffee was shot at my hotel in Granada, during my recent trip to Spain. If I recall, I actually missed coffee for a couple of days in favor of hot chocolate with churros. They were delicious, but so was that first cup of coffee after the break!