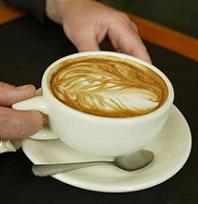 It’s no surprise that people are cutting back on their spending due to the economic downturn, and gourmet coffee drinks are an expense that many are choosing to cut way back on, if not eliminate entirely. But that doesn’t mean giving up coffee. Instead, it means that more Americans are brewing coffee at home more often than last year

According to a survey on coffee-drinking trends carried out by the National Coffee Association, the number of people who drink coffee everyday has remained steady – 54 percent this year vs 55 percent last year – with no statistical difference between this year and last. Conusmption of gourmet coffee beverages, especially if they were consumed on a daily basis, has definitely dropped from 17 percent of regular coffee drinkers to just 14 percent. 85 percent of people participating in the survey who reported having coffee the previous day (or on a daily basis) said that they brewed it at home.